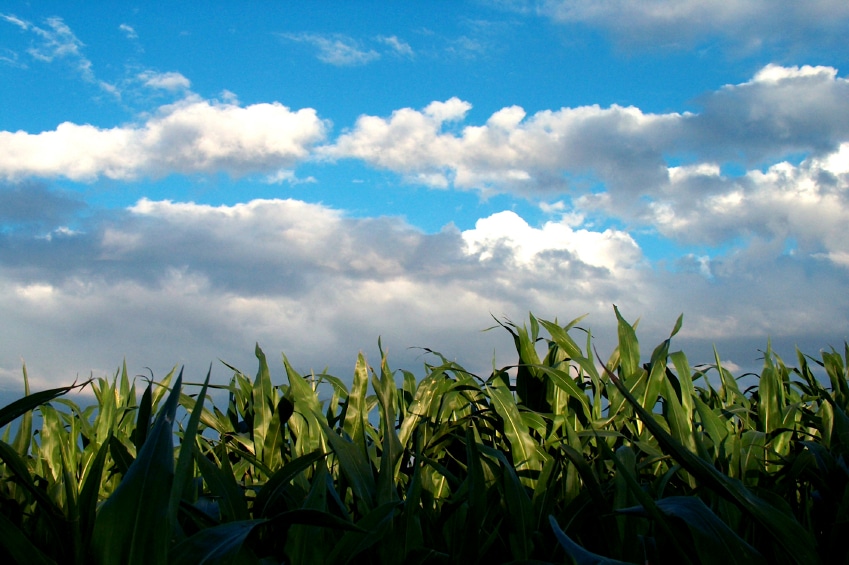 Farmers are facing a reality that’s gripping the majority of agriculture today.

“The price of corn seems to be still in that downward trend,” said Joe Shirbroun, Farmersburg, Iowa farmer.

Lower prices aren’t budging to finishing out 2017. Ag economists like Jackson Takach of Farmer Mac are watching the price situation closely, as 2018 may play out to be more of the same.

“I think we’re going to have to sustain a few more years of the current economics,” said Takach. “I think this year and 2019 there’s probably not enough to move the needle. There’s not going to be enough demand over the next two years to eat up all the supplies. We have record stocks for both corn, soybeans and wheat. It’s going to take a few more years to churn that out.”

Purdue and the Chicago Mercantile Exchange (CME) team up to produce a monthly ag economy barometer. This year it showed a slump in farmers’ moods. After peaking at 153 to kick off 2017, farmers sentiments slid nearly 30 points, remaining in that range to finish out the year.

Hurt says despite net farm income projected to improve slightly in 2017, overall net farm income has dropped 40 percent from the highs farmers saw between 2011 and 2014. This year he coined as a “year of adjustment,” with farmers trying to realign operations to face the realities of lower prices.

“We’ve also seen adjustments in 2017 in the animal industry,” said Hurt. “Once feed prices dropped, we’ve seen very strong profitability for the animal sector, and that profitability has meant expansion of the livestock sector by rebuilding the reduced production we had from about 2007 to 2014.”

Even with a better picture for livestock overall cash flows remain tight.

“Farm families have turned to their lenders and they continue to do that in 2017 to help bridge the cash flow and income gap that we’re seeing at this point,” said Hurt.

Hurt says in order to look forward, agriculture needs to take a hard look at the past. That includes the 1970s and 1980s, as that was the last major boom and bust cycle in agriculture.

“As we look back to historical boom and moderation cycles we see have some sense that maybe a five to seven year time period is required to work through these downward adjustments.”

“It’s really about the debt levels and the interest expense on that debt today,” said Takach. “Back in the 1980s you had rising debt levels, but also rising interest rates and it was a deadly combination. Today you might have rising debt levels certainly, farmers have needed that additional leverage to try to offset some of the lower incomes. Well, you haven’t seen the interest levels rise at the same rate.”

Hurt says during the 1980s, it took about 6 years for prices and the overall agriculture economy to recover.

“How long have we been in this moderation cycle? Well it seems like forever to many farm families, but actually for crops it was the 2014 crop where we really saw prices of grains dropped sharply below cost and production.”

He says struggling prices hit farmers for the 2014, 2015, 2016 and 2017 crops, which means agriculture is in year four of a downward adjustment. He projects the cycle to last 7 years total, meaning 2018 could help agriculture start to turn a corner.

“As we roll out to 2018, let’s think about what we have in store for agriculture,” said Hurt. “We expect to see continued adjustments trying to drive down cost of production on the cropping side, expect follow- through to expansion of the livestock numbers.”

For farmers, prices may be out of their control, but changing aspects of the operation they can control is now becoming even more top of mind.

It’s managing costs while working to become even more efficient on every acre that could help farmers survive another year.