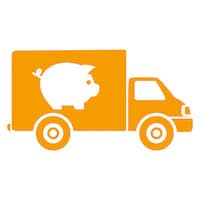 A full 6% of the increase came online in September, when a Clemens Foods plant opened for business in Coldwater, Mich., with capacity of 8,000 head per day and a Triumph-Seaboard Foods plant started up in Sioux City, Iowa, to process 10,500 head daily.

Within the next six months, Clemens intends to bring capacity up to 10,000 head per day in Coldwater. The Triumph-Seaboard Foods plant will add a second shift in Sioux City, bringing total plant capacity to 20,000 head per day.

Community Benefits. The major investments in rural America reflect a positive long-term outlook for the pork sector and U.S. communities as demand for meat increases.

More than half of full-time employees at Prestage Farms’ new packing plant in Wright County, Iowa, will earn at least $15.54 per hour, according to the company. The $240 million facility is under construction and will have capacity of 50,000 hogs weekly.

“Nine hundred and twenty-two jobs will impact our economy in a huge way, by increasing school enrollment and retail activity,” says Stan Watne, a supervisor in Wright County. “This will stop our constantly shrinking population.”

Producer Brad Blonde of Litchfield, Mich., is in the middle of major business growth, and the buildout of processing plants will support his work. In January, Blonde bought out his father. After 20 years of owning pigs, Blonde decided to pivot to become a contract grower.

“We own the buildings, someone else puts the pigs in, we take care of them [for the supplier] and we get paid on a per-head basis,” explains Blonde, who farms near Coldwater.

“The business motivation is to build herds into that capacity,” Nalivka points out. “While it may not always be the case, both the sharp increase in packer capacity and herd building are occurring when both packers and producers are profitable.”

Tyson Fresh Meats plans a $28 million expansion of its Waterloo, Iowa, pork processing plant. The project includes construction of a new 56,400-sq.-ft. warehouse and renovation of another 18,250 sq. ft. of existing space to add production lines. It will add 245 new jobs, all paying more than $17.29 per hour. The company now has nearly 2,900 workers and is Waterloo’s second-largest manufacturing employer.

Smithfield Foods will build a distribution center and expand its blast cell cold storage capabilities at its processing facility in Tar Heel, N.C. Smithfield will invest $100 million and add approximately 250 new jobs. Both projects are scheduled for completion by late 2018.

Friesen Foods, a Canada-based company, has purchased 3,018 acres of undeveloped farmland in Cascade County, Mont., and plans to build Madison Food Park, according to a news article in The Great Falls Tribune. “If approved and constructed as described within a Special Use Permit (SUP) application filed with the Cascade County Planning Division, the complex could employ up to 3,000 people, exporting thousands of tons of meat to consumer markets throughout North America,” the article notes.