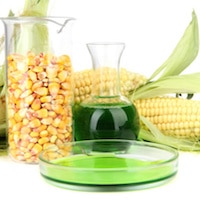 Energy lobbyists, who failed to get a range of expired breaks for biofuels to coal-fired power plants into the $1.5 trillion tax overhaul bill making its way through Congress, may get a second chance before the end of the year.

The Senate plans to act on a slate of expired tax credits before month’s end, according to John Thune, the Senate’s No. 3 ranking Republican who serves on the Finance Committee. Lobbyists have been told the package of “tax extenders” — renewing tens of billions of dollars in expired tax incentives — could be hitched to must-pass government funding legislation expected in coming weeks.

“I would say the discussion of the extenders package is a golden opportunity,” said Scott Segal, a Bracewell LLP lobbyist seeking tax credits for small wind projects, geothermal heat pumps, and fuel cells.

Representatives of the House and Senate tax writing committees didn’t respond to requests seeking comment on the timing.

In addition to the expiring benefits, the American Coalition for Clean Coal Electricity, which represents companies such as American Electric Power Co. and Peabody Energy Corp., is seeking a new tax credit for existing coal-fired power plants that would total $65 billion over 10 years.

“We think we have a good case to make,” said Paul Bailey, the group’s president. “We’ve had a lot of retirements and there is a lot of concern about reliability and grid resilience so we think that is a good reason to have a tax credit that would prevent some coal retirements.”

The proposal, which would allow nearly every U.S. coal plant to qualify, comes as the Federal Energy Regulatory Commission is also moving forward with a rule to help coal plants that would apply to about 40,000 megawatts of coal out of a fleet of about 260,000 megawatts, Bailey said.

Meanwhile, the nuclear industry, which is retiring plants in the face of competition from electricity sources such as cheap natural gas and renewable power, is also seeking a tax credit, said David Brown, senior vice president of federal affairs for Exelon Corp., the largest operator of nuclear plants in the U.S.

The 30 percent investment tax credit, which as envisioned would phase down over time and then become a 10 percent permanent tax credit, is estimated to cost $5 billion, Brown said.

While the FERC proposal would also help nuclear plants, Brown said it wouldn’t become effective soon enough to help the nuclear fleet. The tax credit, he said, would be “a bridge until the markets can appropriately value the attributes that nuclear can bring to the table.”

A separate measure extending a production tax credit for nuclear power could also find a home in the Senate’s tax extenders bill. It’s been championed by Republican Senator Johnny Isakson, and could benefit Southern Co., which is building new nuclear reactors in his home state of Georgia.

Other tax credits sought for the package include the reinstatement and multiyear extension of a $1.01 a gallon tax credit for the production of cellulosic ethanol — which, unlike traditional corn ethanol, is made from garbage, algae and corn stover — and a $1 per gallon credit for biodiesel. Both of which have been championed by Iowa Republican Senator Chuck Grassley.

The legislation could also provide an opportunity to tweak language in the Senate’s tax reform bill that would stifle the tax equity market used as a key source of financing for the renewable energy industry and has caused the stock price of companies such as First Solar Inc and SunPower Corp. to slump. Grassley, who serves on the Finance Committee, sought to modify those provisions in the Senate bill so that tax equity from credits for wind and solar would be protected.

Oil companies, ethanol producers, labor unions and environmental groups are also working to persuade lawmakers to renew — and expand — a tax credit that rewards businesses for every ton of carbon dioxide they capture. Under current policy, the credit for that captured gas — worth $10 or $20 per ton, depending on how it is stored — runs out once 75 million tons worth of credits are used.

Supporters of that 45Q tax credit, as it is known, argue it helps encourage companies to clean up emissions from ethanol plants, refineries and power plants, while ensuring the oil industry has enough carbon dioxide to pump underground and boost crude extraction.

Other credits sought for the extenders bill include the ones for small wind projects, geothermal heat pumps, fuel cells and other energy sources, known as “orphans” because they were left out of 2015 omnibus spending legislation that extended credits for wind and solar.

“Most observers thought this issue was going to be taken care of a long time ago and should have been part of the 2015 compromise,” said Segal, the Bracewell lobbyist.