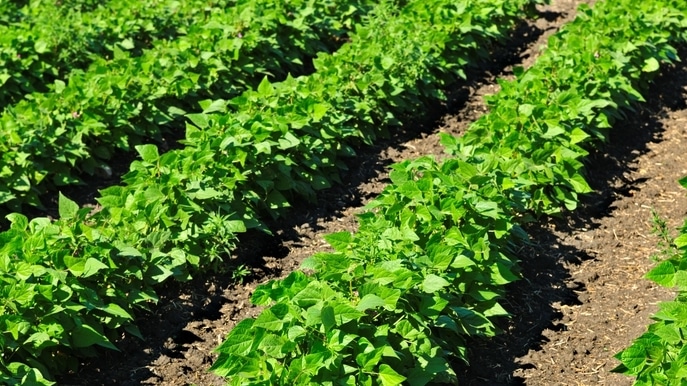 The proposed 25% tariff on U.S. soybean imports to China has the potential to send shockwaves through the domestic and global soybean markets. If the tariff is approved and in place for several years, U.S. farmers could be driven to reduce soybean acres, while South American farmers expand.

That’s according to a recent Rabobank article, “Implications of a Potential Additional 25% Duty on U.S. Soybean Imports into China – Winning and Losing Regions Beyond the U.S. and China,” written by Stefan Vogel, head of agri commodity markets and global strategies for grains and oilseeds, Rabobank, and Lief Chiang, analyst, Rabobank.

“A 25% duty on U.S. soybeans is not yet a given, but the implications would be severe,” write Vogel and Chiang. “The current trade imbalance is considerably in China’s favor.”

Here’s a timeline, provided by Rabobank, on how we arrived at this critical crossroads:

March 22: U.S. imposes duties on Chinese products, including 25% on steel.
March 23: China threatens to impose up to 25% duty on 128 U.S. products, including pork.
April 3: U.S. threatens to impose 25% duties on 1,300 Chinese products, worth about $50 billion in imports.
April 4: China threatens to impose an additional 25% duty on 106 U.S. products that are worth $50 billon. This includes soybeans, cotton, sorghum, wheat, beef and corn. China said it seeks a truce but would retaliate if the U.S. followed through on its proposal and that the timing will depend on the U.S. decision, which is expected in six to eight weeks.
China imports 90% of its soybean needs. Around 34% of China’s soybean imports come from the U.S., which represents a $14 billion market for U.S. farmers. However, the value of U.S. grain and oilseed exports to China have fallen about 15% since 2014, and last year’s soybean shipments to China were the second-lowest since 2012, Rabobank reports.

“Yet, supplying China solely with soybeans from countries other than the U.S. won’t be easy,” Vogel and Chiang point out. “In 2018, Brazil has limited room to increase soybean exports significantly, while Argentina’s crop is drought-reduced and Argentina typically exports soy meal rather than soybeans.”

U.S.: For the U.S., a 25% tariff will likely mean soybean prices will fall, to compensate for the extra cost to enter the world’s number one importer. Therefore, U.S. soybean acreage would decline in the coming years, while corn rises, Rabobank reports.

At the Farm Gate

If this tariff goes through, it would result in a significant deterioration in cash flow for U.S. farmers, according to recent analysis from the University of Illinois and Ohio State University. (See the farmdoc daily piece, Impacts of Chinese Soybean Tariffs on Financial Position of Central Illinois Grain Farms,” written by Krista Swanson, Gary Schnitkey, Todd Hubbs, Jonathan Coppess, Nick Paulson and Carl Zulauf).

Three alternatives were applied in the simulation:

Lower Prices. Soybean and corn prices likely would decline as a result of the imposition of a 25% soybean tariff.
Lower Prices Plus Lower Costs. As a result of price decrease, non-land costs and cash rents likely will decrease. In addition, acreage in central Illinois and the Midwest, would switch from soybeans to corn.
Farmland Price Declines. Lower commodity prices likely will lead to lower farmland returns and lower cash rents. As a result, farmland prices would decline.
“The imposition of a 25% soybean tariff by China on U.S. soybean exports would result in a worsened financial and wealth position for the case farm examined,” the economists report. “Cash rent declines would need to occur to offset some of the price declines. The 25% tariff would have larger negative impacts on farms with higher debt levels and higher amounts of cash rent. The reverse is true as well.”