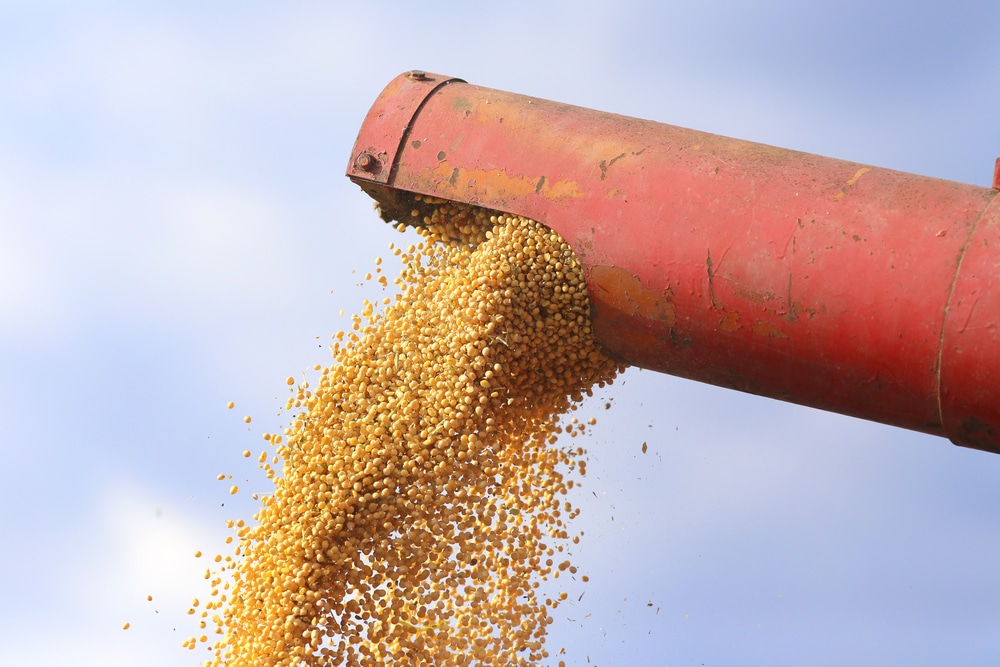 This month’s 2017/18 U.S. corn outlook is for larger exports and increased corn used to produce ethanol. Corn used to produce ethanol is raised 50 million bushels to 5.575 billion based on the most recent data from the Grain Crushings and Co-Products Production report and pace of weekly ethanol production during February, as indicated by Energy Information Administration data. Exports are raised 175 million bushels to 2.225 billion, reflecting U.S. price competitiveness, record-high outstanding sales, and reduced exports for Argentina. With no other use changes, ending stocks are lowered 225 million bushels to 2.127 billion, and if realized would be down from the prior marketing year. The projected range for the season-average corn price received by producers is narrowed 10 cents on the low end to $3.15 to $3.55 per bushel, with the midpoint up 5 cents to $3.35 per bushel.

For sorghum, 2017/18 exports are lowered 15 million bushels to 245 million based on expectations of reduced shipments to China. Offsetting is an increase in projected feed and residual use to 80 million bushels. The midpoint price forecast is unchanged at $3.15 per bushel.

The global coarse grain production forecast for 2017/18 is virtually unchanged at 1,321.96 million metric tons. This month’s foreign coarse grain outlook is for nearly WASDE-575-2 unchanged production, increased use, lower trade, and greater stocks relative to last month. Brazil corn production is down based on expectations of a more modest increase in second-crop corn area. For Argentina, continued heat and dryness during February and into early March reduces yield prospects for late-planted corn. Yield results for earlyplanted corn have also been lower than expected. South Africa corn production is higher as timely rains during reproduction support an increased yield forecast. Partially offsetting is lower expected area. Corn production is raised for India based on the latest information from the government. EU corn production is higher based on recent data for France and Germany. Sorghum production for Australia is down as a period of heat and dryness during the growing season has reduced yield prospects. Area is also reduced.

Major global trade changes for 2017/18 this month include higher projected corn exports for the United States more than offsetting a reduction for Argentina. Sorghum exports are lowered for Australia, reflecting reduced exportable supplies. Corn and barley imports are raised for China, partially offset by lower imports of sorghum. Barley imports are lowered for Saudi Arabia, based on tenders to date and expectations of robust demand from China. Brazil 2016/17 exports for the local marketing year ending February 2018 are lowered based on data to date. Foreign corn ending stocks for 2017/18 are higher from last month, mostly reflecting increases for Brazil, India, and the EU.

U.S. wheat exports for 2017/18 are reduced 25 million bushels to 925 million, while ending stocks are raised by the same amount. Exports are lowered on reduced price competitiveness in some international markets. Hard red winter wheat and hard red spring wheat exports are reduced 15 million bushels and 10 million bushels, respectively. The season-average farm price is raised $0.05 per bushel at the midpoint of the range to $4.65 on NASS prices reported to date and expectations of higher cash prices for the remainder of the marketing year, reflecting the ongoing drought in the Southern Plains.

Global 2017/18 wheat supplies increased 0.5 million tons, primarily on a higher production forecast for Kazakhstan. World exports are raised fractionally with Russia increased 1.5 million tons, partially offset by a 1.0-million-ton reduction for the EU. Russia exports are now projected at 37.5 million tons, up 35 percent from the previous year’s record and surpassing EU exports by 12.5 million. Global imports are also raised, led by a 1.0-millionton increase for Turkey, which is largely attributed to supplies from Russia. Total world consumption is reduced, primarily on a 2.0-million-ton reduction for India on reports of weakening demand from rising domestic prices. Despite the reduction, total India consumption is still up marginally from the previous year’s record. With global supplies rising and total demand falling, world ending stocks are raised 2.8 million tons to a record 268.9 million.

This month’s 2017/18 U.S. cotton forecasts show lower production, higher exports, and lower ending stocks relative to last month. Production is reduced 233,000 bales to 21.0 million, based on the March 8 Cotton Ginnings report. The final estimates for this season’s U.S. area, yield, and production will be published in the May 2018 Crop Production report. Domestic mill use is unchanged from last month, but exports are raised 300,000 bales to 14.8 million, based on stronger world demand and expectations of above-average shipments during the second half of the marketing year. Ending stocks are lowered 500,000 bales to 5.5 million. The projected range for the marketing year average price received by producers of 68.0 to 70.0 cents per pound is narrowed by 1 cent at each end from last month.

The milk production forecast for 2018 is raised from last month on more rapid growth in milk per cow in the first half of the year. The 2018 imports on a fat and skim-solids basis are reduced on slower sales of a number of processed dairy products. Exports on fat basis are raised on increased cheese sales and exports on a skim-solids basis are raised on stronger sales of both cheese and whey products. The supply and use estimates are adjusted to reflect revisions to 2016 and 2017 milk production and 2017 storage data.

Annual product price forecasts for cheese and butter are raised from the previous month as recent prices have increased. However, continued large supplies of nonfat dry milk (NDM) are expected to pressure NDM prices, and the forecast is reduced. No change is made to the annual whey price forecast. The Class III price is raised on the cheese price projection, while the Class IV price is down, as the lower NDM price more than offsets a higher butter price forecast. The all milk price is forecast at $15.75 to $16.35 per cwt, unchanged at the midpoint.