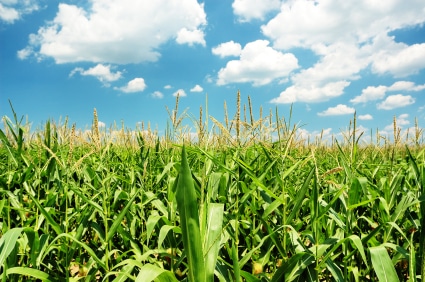 NOTE: Consistent with established practices, this report only considers those trade actions which are in place or have had formal announcement of effective dates as of the time of publication. Further, unless a formal end date is specified, this report also assumes such actions are in place throughout the time period covered by these forecasts.

NOTE: This report adopts U.S. area, yield, and production forecasts for winter wheat, durum, other spring wheat, barley, and oats released today by the National Agricultural Statistics Service (NASS). For rice, corn, sorghum, soybeans, and cotton, area estimates reflect the June 29 NASS Acreage report, and methods used to project production are noted on each table. The first survey-based 2018 production forecasts for those crops will be reported by NASS on August 10.

WHEAT: Projected U.S. 2018/19 wheat supplies are raised 74 million bushels on increased beginning stocks and higher production. Forecast 2018/19 U.S. wheat production is raised 54 million bushels to 1,881 million. The NASS July Crop Production report provides survey-based production forecasts for all wheat classes for the first time in the 2018/19 crop year. The production forecast for durum and other spring wheat are up from last year’s low level due to improved yields and higher spring wheat area. Winter wheat production is down slightly from the June forecast. Ending stocks for 2018/19 are raised 39 million bushels this month but are 11 percent below last year’s revised stocks. The 2018/19 season-average farm price is lowered $0.10 per bushel at the midpoint to a projected range of $4.50 to $5.50.

Foreign 2018/19 wheat supplies are decreased 9.3 million tons primarily on lower production, which is the smallest in three years. The production declines are led by a 4.4-million-ton reduction for the EU reflecting continued dryness especially in the north. Australia, Russia, and Ukraine are lowered 2.0 million, 1.5 million, and 1.0 million tons, respectively, and also reflect continued dryness. China production is reduced 1.0 million tons on lower harvested area as reported by the Ministry of Agriculture. Global 2018/19 exports are lowered 1.9 million tons on decreased supplies. EU exports are reduced 1.5 million tons and Australia and Russia are both lowered 1.0 million tons. These export reductions are partially offset by a 1.0-million-ton increase for Canada and a 0.7-million-ton increase for the United States. Total foreign consumption for 2018/19 is lowered 2.3 million tons on both lower food and feed and residual use. With global supplies declining more than projected use, world ending stocks are reduced 5.3 million tons to 260.9 million.

COARSE GRAINS: This month’s 2018/19 U.S. corn outlook is for larger supplies, greater feed and residual use, increased exports, and lower ending stocks. Corn beginning stocks are lowered 75 million bushels as higher forecast exports and food, seed, and industrial (FSI) use more than offset lower feed and residual use in 2017/18. Increased 2017/18 exports are based on record-high shipments during the month of May and export inspection data for June. Current outstanding export sales are also record high. FSI use is raised as a projected 25-million-bushel increase in the amount of corn used for ethanol, based on reported use to date, is partially offset by a decline in the amount of corn used for glucose and dextrose. Feed and residual use is lower based on indicated disappearance during the first three quarters of the marketing year in the June 29 Grain Stocks report.

For 2018/19, corn production is forecast 190 million bushels higher based on increased planted and harvested areas from the June 29 Acreage report. The national average corn yield is unchanged at 174.0 bushels per acre. During June, harvested-area weighted precipitation for the major corn producing states was above normal. While silking, as reported in the Crop Progress report, is ahead of the recent historical average, for much of the crop, the critical pollination period will be during middle and late July. Projected feed and residual use for 2018/19 is raised 75 million bushels, mostly reflecting a larger crop and a forecast reduction in the amount of corn used to produce ethanol. FSI use is lowered 60 million bushels based on a 50-million-bushel reduction in the forecast amount of corn used to produce ethanol, and a 10-million-bushel decline in amount of corn used for glucose and dextrose. Exports are raised 125 million bushels based on expectations of reduced competition from Argentina, Brazil, and Russia. Small revisions are made to historical trade and utilization estimates based on the 13th month trade data revisions from the Census Bureau. With use rising more than supply, stocks are lowered 25 million bushels to 1.552 billion. The season-average corn price received by producers is lowered 10 cents at the midpoint for a range of $3.30 to $4.30 per bushel.

This month’s 2018/19 foreign coarse grain outlook is for lower production, trade, and stocks relative to last month. Russia corn production is lowered, reflecting reductions to both area and yield. Extreme heat and dryness in the Southern and North Caucasus districts during the month of June is expected to reduce yield prospects. Corn production is raised for the EU, but lowered for Canada. Barley production is reduced for Russia, Australia, and the EU, but raised for Canada. For 2017/18, Brazil corn production is reduced based on the latest government statistics. Major global trade changes for 2018/19 include lower corn exports for Russia, more than offset by increased exports for the United States. Corn imports are raised for South Korea and Saudi Arabia, but lowered for Japan and Mexico. Sorghum imports are lowered for China, but partially offset by increases for Mexico and Japan. For 2017/18, corn exports are lowered for Argentina and Brazil. Foreign corn ending stocks are lowered from last month, with the largest declines for China, the EU, and Mexico.

RICE: U.S. 2018/19 all rice supplies are increased this month by 4.8 million cwt to 272.3 million as higher production more than offsets reduced beginning stocks. Rice production increased by 9.8 million cwt to 213.0 million as the NASS Acreage report indicated greater rice area for both long-grain and medium- and short-grain than previously forecast. The NASS Rice Stocks report implied significantly higher than previously estimated domestic use and residual for the 2017/18 marketing year, which resulted in lower 2018/19 beginning stocks. Total rice use for 2018/19 is increased 4.0 million cwt to 230.0 million, all on higher projected domestic and residual use. All rice exports are reduced 1.0 million cwt to 102.0 million with medium- and short-grain accounting for the reduction. Projected 2018/19 all rice ending stocks are raised to 42.3 million cwt, up 31 percent from last year with long-grain comprising most of the increase. The 2018/19 all rice season-average farm price is reduced $0.30 per cwt at the midpoint to a range of $11.60 to $12.60.

Global 2018/19 rice supplies are raised fractionally on increased production for the United States and Vietnam more than offsetting reductions in Australia, South Korea, and Russia. World exports, while still a record, are modestly lower this month as reductions for India and Australia are not completely offset by higher exports for Vietnam and Pakistan. Global ending stocks are raised by 0.6 million tons to 143.8 million, almost entirely due to a nearly 1.0 million increase for India.

OILSEEDS: This month’s U.S. soybean supply and use projections for 2018/19 include lower supplies, lower exports, higher crush, and higher ending stocks. Beginning stocks are reduced on increased exports and crush for 2017/18. Soybean production for 2018/19 is projected at 4.310 billion bushels, up 30 million on increased harvested area. Harvested area, forecast at 88.9 million acres in the Acreage report, is up 0.7 million from last month. The soybean yield forecast is unchanged at 48.5 bushels per acre.

The 2018/19 global soybean supply and demand forecasts include higher production and lower trade and crush compared to last month. The tariff that China recently imposed on U.S. soybeans is expected to cause higher prices for soybeans in China and slower protein meal consumption growth. Lower demand and a year-over-year drawdown in stocks for China are forecast to result in reduced crush and an 8-million-ton decline for imports to 95 million. Parallel to this change is a 6.8-million-ton decline for U.S. exports that is partly offset by a 2.1-million-ton increase for Brazil. Planted area for Brazil for 2018/19 is expected to expand with higher prices resulting from increased trade with China, leading to a 2.5-million-ton increase in production to 120.5 million. With lower soybean crush and reduced soybean oil production, China is expected to increase imports of other vegetable oils, including soybean, palm, and rapeseed.

SUGAR: U.S. sugar supply for 2018/19 is increased 143,867 short tons, raw value (STRV) as increases in beginning stocks and imports more than offset a reduction in cane sugar production. The increase in imports results from the Secretary of Agriculture establishing 2018/19 sugar tariff-rate quotas (TRQs) that include an allocation for specialty sugar beyond the minimum level that the United States is bound under the WTO. In addition there is a small increase in projected imports from Mexico. Cane sugar production is reduced in all producing States. Production changes in Florida and Louisiana result from applying updated yield and recovery projections on NASS 2018/19 area harvested forecasts. Texas production is reduced on processor reporting. U.S. sugar use for 2018/19 is reduced by 100,000 STRV on lower deliveries for human consumption. Ending stocks are residually projected at 1.707 million STRV for an ending stocks-to-use ratio of 13.5 percent.

U.S. beet sugar production for 2017/18 is increased 55,000 STRV to 5.276 million based on processor reporting of late season sucrose recovery from sugarbeet slicing to a robust 15.2 percent. High-tier tariff imports are increased 15,000 STRV. Deliveries for human consumption are reduced by 65,000 STRV to 12.235 million on a continuing slow pace as refiners’ inventories of raw stocks remain elevated.

Mexico production for 2017/18 is increased to 6.009 million metric tons (MT) on official preliminary reporting of the completed harvest season. Ending stocks for 2017/18 are estimated at 1.246 million MT based on domestic consumption in 2018/19 before the start of the campaign and sugar that can be exported to the United States in 2018/19 at a return that is expected to be higher than can currently be obtained in the world market. Exports for 2017/18 to non-U.S. destinations are residually increased by 36,375 MT. For 2018/19, exports to the United States are increased by a small amount to 1.417 million MT to equal U.S. Needs as defined in the amended Suspension Agreements.

Milk production forecasts for both 2018 and 2019 are lowered from last month on slower-thananticipated growth in milk per cow and lower cow numbers. Although tempered by lower expected feed costs, lower milk prices will likely weaken producer margins, resulting in lower cow numbers and slower growth in milk per cow. USDA’s Cattle report, to be released on July 20th, will provide a midyear estimate of dairy cow and dairy replacement heifer inventories.

The 2018 butter, cheese, nonfat dry milk (NDM), and whey price forecasts are reduced from the previous month. Forecasts are reduced for cheese, NDM, and whey prices for 2019 as cheese stocks will remain large and prices for NDM and whey will have to remain competitive with competing exporters. However, the 2019 butter price is raised as stocks are worked down. The 2018 and 2019 Class III price and Class IV price forecasts are lowered from last month. The 2018 all milk price is forecast at $15.95 to $16.25 and the price for 2019 is $16.25 to $17.25 per cwt.

COTTON: The U.S. 2018/19 cotton projections show lower production, exports, and stocks compared with last month. The 1.0-million-bale decrease in the crop projection is due to higher expected abandonment based on current conditions. Beginning stocks are 200,000 bales lower due to an increase in 2017/18 exports. 2018/19 exports are reduced 500,000 bales based on lower supplies and increased foreign competition. With no change in domestic consumption, 2018/19 ending stocks are projected at 4.0 million bales, down 700,000 bales from the June estimate and unchanged from the revised 2017/18 level. The midpoint of the projected range of the marketingyear-average price is raised 5 cents from last month, to 75 cents per pound.

Historical revisions to China’s consumption back to 2014/15 account for most of a 3.3-million-bale decline in 2018/19 world beginning stocks. World 2018/19 consumption is 1.6 million bales higher than in June, as the revisions to China’s consumption estimates carry through into the 2018/19 projection year with a 1.0-million-bale increase. Consumption forecasts are also higher for Bangladesh, Pakistan, Brazil, and Vietnam. World production is projected 290,000 bales lower than in June, as reduced U.S. and Australian production more than offsets increases for Brazil, India, and Mexico. World trade